You have probably heard of the word 'albino'. Most likely, you think of white rats or white rabbits with red eyes. There are also people with albinism. But did you know that there are also albino seals? In this article you can read about what albinism means and what it looks like in seals.

Albinism, the opposite of melanis , is a rare disorder in which little or no pigment melanin is made at all [1]. Without pigment, the skin color, hair and eyes look different. Usually, albino animals have red eyes and white fur, but that is not always the case. There are multiple forms of albinism with differences in hair, skin and eye color.

As far as we know, we have treated at least seven albino seals in our Sealcentre. Seal Sealas the most recent case of this (2017).

We have had different forms of albino seals in the sanctuary. One of the variations is called ocular albinism. Seal Sealas is a good example of this. In ocular albinism, it is mainly the eyes that lack the pigment melanin. That is why these albino seals have red eyes, but no white fur, for example. The fur is lighter in color than that of the congeners. Albino seals are sensitive to light

Albino seals are more sensitive to light and therefore behave differently. We saw the seal Sealas close her eyes above water to protect her eyes from the sun (see photo 4). The sun is dangerous for the sensitive skin and eyes of albino animals. It doesn't matter much for a seal to hunt, because seals hunt underwater and their whiskers are more important than their eyes. But above water, they are more at risk of sun damage.

There is also leucism. In leucism, the pigment melanin is produced, but it is not expressed in the coat or skin. This means that only the coat is lighter in color and the eyes are normally colored. The eyes of these seals are in any case less sensitive to the sun than those of albino seals. In 2009, we captured a leucistic seal, appropriately named Golden Queen. 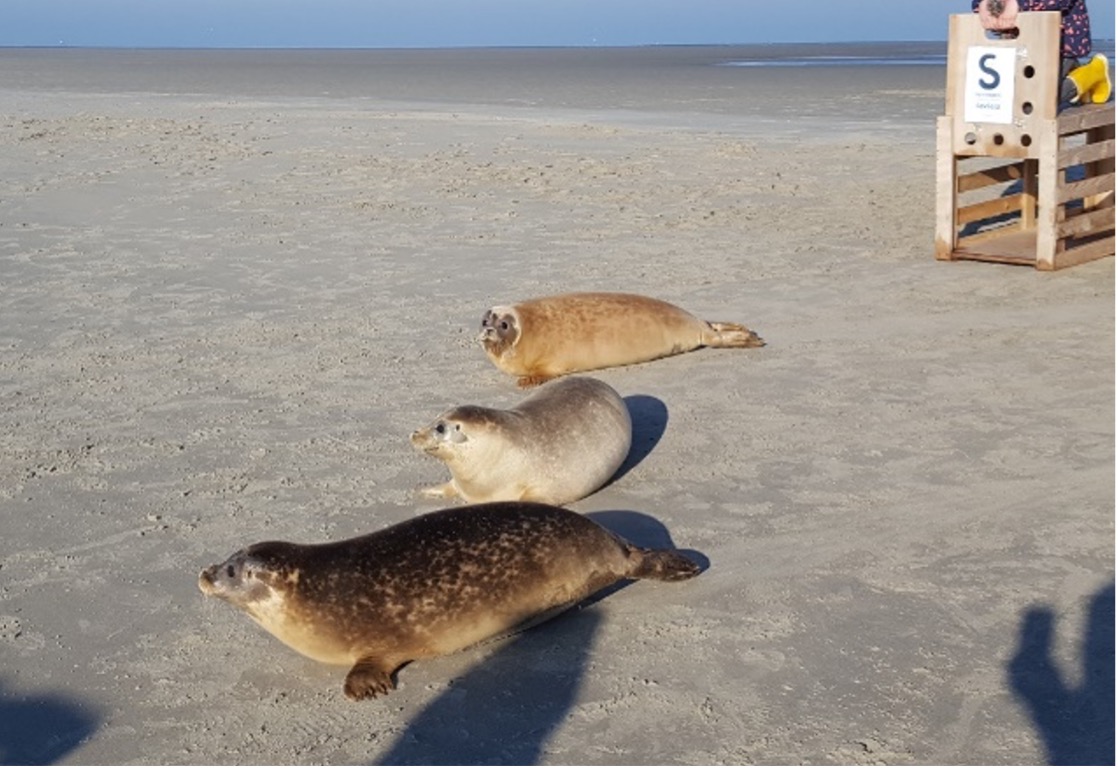 Would you like to see what an albino seal looks like? Then watch the video below of seal Sealas at our centre: